The Long Haul: An Autobiography (Paperback) 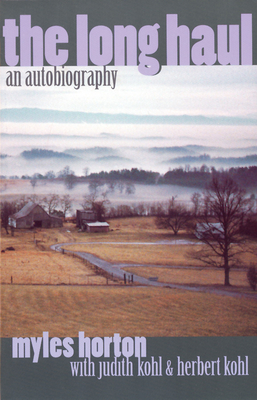 The Long Haul: An Autobiography (Paperback)

In his own direct, modest, plain-spoken style, Myles Horton tells the story of the Highlander Folk School. A major catalyst for social change in the United States for more than 70 years, this school has touched the lives of so many people, including Martin Luther King Jr., Rosa Parks, Eleanor Roosevelt, and Pete Seeger. Filled with disarmingly honest insight and gentle humor, The Long Haul is an inspiring hymn to the possibility of social change. It is the story of Myles Horton, in his own words: the wise and moving recollections of a man of uncommon determination and vision.

Myles Horton was born in Savannah, Tennessee. He was active at the Highlander Center from its founding in 1932 until his death in 1990. Herbert and Judith Kohl have taught and written on the subjects of educational change and economic justice for more than 3 decades. Together they won the National Book Award for A View from the Oak.