Encounters: My Life in Publishing (Paperback) 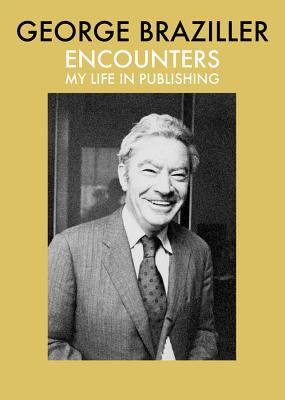 Encounters: My Life in Publishing (Paperback)

In this memoir, legendary publisher George Braziller captures his life in a collection of candid, often humorous vignettes.

In his memoir, Encounters, completed at age 99, George Braziller, the groundbreaking independent publisher, describes in vivid detail going to work at age 16 in Depression-Era Brooklyn, his political awakening with the Spanish Civil War, his service in World War II, and his bold adventures in publishing. He recounts his start as a shipping clerk, his founding of book clubs and then his time at the helm of his publishing house, which for 60 years has brought influential books on art, architecture, poetry, fiction and non-fiction to many readers. Encounters offers glimpses behind the scenes with artists and authors, including Picasso, Orhan Pamuk, Arthur Miller and Marilyn Monroe.

George Braziller, an independent publisher for over 60 years, has published books by artists and authors including Matisse, Chagall, Nathalie Sarraute, Claude Simon, Janet Frame, Meyer Shapiro, Peter Handke and hundreds more. He lives in New York City.
...this charming memoir...glimpses into a life of integrity and taste, of war, commerce, and literature.
— The New Yorker

[Braziller] is known for both his early acquisition and promotion of international literary stars.
— The Guardian

...none is more powerful as a new memoir by George Braziller, who in 1955, founded an eponymous press that did very big things.
— The New Republic

…low key and modest, it is really a remarkable book by a remarkable man.…a fascinating and genuinely charming book by one of the giants of the golden age of publishing.
— The East Hampton Press