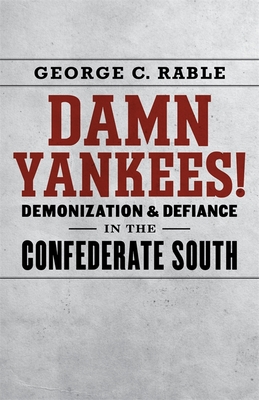 During the Civil War, southerners produced a vast body of writing about their northern foes, painting a picture of a money-grubbing, puritanical, and infidel enemy. Damn Yankees explores the proliferation of this rhetoric and demonstrates how the perpetual vilification of northerners became a weapon during the war, fostering hatred and resistance among the people of the Confederacy.
Drawing from speeches, cartoons, editorials, letters, and diaries, Damn Yankees examines common themes in southern excoriation of the enemy. In sharp contrast to the presumed southern ideals of chivalry and honor, Confederates claimed that Yankees were rootless vagabonds who placed profit ahead of fidelity to religious and social traditions. Pervasive criticism of northerners created a framework for understanding their behavior during the war. When the Confederacy prevailed on the field of battle, it confirmed the Yankees' reputed physical and moral weakness. When the Yankees achieved military success, reports of depravity against vanquished foes abounded, stiffening the resolve of Confederate soldiers and civilians alike to protect their homeland and the sanctity of their women from Union degeneracy.
From award-winning Civil War historian George C. Rable, Damn Yankees is the first comprehensive study of anti-Union speech and writing, the ways these words shaped perceptions of and events in the war, and the rhetoric's enduring legacy in the South after the conflict had ended.

George C. Rable is the Charles Summersell Chair in Southern History at the University of Alabama and the author of God's Almost Chosen Peoples: A Religious History of the American Civil War; Fredericksburg! Fredericksburg!; The Confederate Republic: A Revolution against Politics; Civil Wars: Women and the Crisis of Southern Nationalism; and But There Was No Peace: The Role of Violence in the Politics of Reconstruction.