Islam in the Balance: Ideational Threats in Arab Politics (Hardcover) 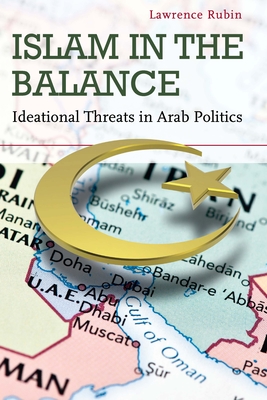 Islam in the Balance: Ideational Threats in Arab Politics (Hardcover)

Islam in the Balance: Ideational Threats in Arab Politics is an analysis of how ideas, or political ideology, can threaten states and how states react to ideational threats. It examines the threat perception and policies of two Arab Muslim majority states, Egypt and Saudi Arabia, in response to the rise and activities of two revolutionary Islamic states, established in Iran (1979) and Sudan (1989).

Using these comparative case studies, the book provides important insight about the role of religious ideology for the international and domestic politics of the Middle East and, in doing so, advances our understanding of how, why, and when ideology affects threat perception and state policy.

Rubin makes clear that transnational ideologies may present a greater and more immediate national security threat than shifts in the military balance of power: first because ideology, or ideational power, triggers threat perception and affects state policy; second because states engage in ideational balancing in response to an ideological threat.

The book has significant implications for international relations theory and engages important debates in comparative politics about authoritarianism and Islamic activism. Its findings about how an Islamist regime or state behaves will provide vital insight for policy creation by the US and its Middle East allies should another such regime or state emerge.

Lawrence P. Rubin is an Assistant Professor in the Sam Nunn School of International Affairs at the Georgia Institute of Technology.