The Labyrinth of Solitude (Paperback) 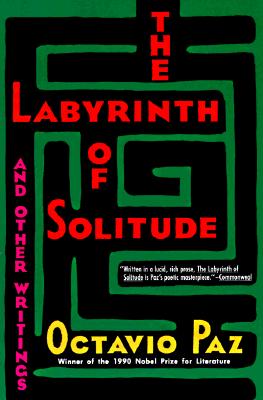 The Labyrinth of Solitude (Paperback)

Octavio Paz has long been acknowledged as Mexico's foremost writer and critic. In this international classic, Paz has written one of the most enduring and powerful works ever created on Mexico and its people, character, and culture. Compared to Ortega y Gasset's The Revolt of the Masses for its trenchant analysis, this collection contains his most famous work, "The Labyrinth of Solitude," a beautifully written and deeply felt discourse on Mexico's quest for identity that gives us an unequaled look at the country hidden behind "the mask." Also included are "The Other Mexico," "Return to the Labyrinth of Solitude," "Mexico and the United States," and "The Philanthropic Ogre," all of which develop the themes of the title essay and extend his penetrating commentary to the United States and Latin America.

The Nobel Prize-winning OCTAVIO PAZ was born in 1914, near Mexico City. His family was forced into exile, which they served in the United States, after the assassination of Mexican president Zapata, in 1919. In 1943 Paz received a Guggenheim Fellowship and he moved to the United States in order to study at the University of California, where he stayed for two years. In 1945 Paz became a Mexican diplomat and moved to Paris, where he would write his masterpiece The Labyrinth of Solitude (1950), a collection of nine essays regarding the Mexican identity. From 1970 to 1974 Paz lectured at Harvard University, where he was made an honorary doctor in 1980. In 1977, Paz was awarded the prestigious Jerusalem Prize for literature and in 1982 he was awarded the Neustadt Prize. It was in 1990 that Paz was awarded the Nobel Prize for Literature for "impassioned writing with wide horizons, characterized by sensuous intelligence and humanistic integrity." Paz died of cancer in 1998.