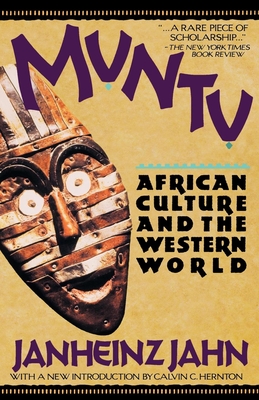 
Not On Our Shelves—Ships in 1-5 Days
Over a quarter of a century has passed since Muntu was first published in English, but this landmark examination still provides one of the most in-depth looks at African and neo-African culture. In his insightful study, Janheinz Jahn surveys the whole range of traditional and modern African thought expressed in religion, language, philosophy, literature, art, music and dance. He demonstrates that African culture, far from being doomed to destruction or homogenization under the onslaught of the West, is evolving into a rich and independent civilization that is capable of incorporating those elements of the West that do not threaten its basic values. Muntu (the Bantu word for "human") presents an invaluable insight into the foundations of the unique and vital tapestry of cultures that compromise Africa today.