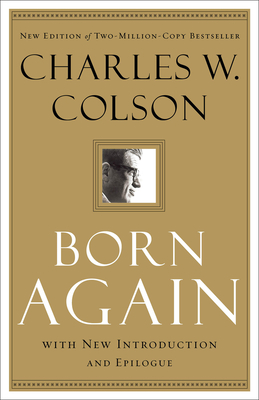 
Not On Our Shelves—Ships in 1-5 Days
In 1974 Charles W. Colson pleaded guilty to Watergate-related offenses and, after a tumultuous investigation, served seven months in prison. In his search for meaning and purpose in the face of the Watergate scandal, Colson penned Born Again. This unforgettable memoir shows a man who, seeking fulfillment in success and power, found it, paradoxically, in national disgrace and prison.
In more than three decades since its initial publication, Born Again has brought hope and encouragement to millions. This remarkable story of new life continues to influence lives around the world. This expanded edition includes a brand-new introduction and a new epilogue by Colson, recounting the writing of his bestselling book and detailing some of the ways his background and ministry have brought hope and encouragement to so many.
Charles W. Colson, former special counsel to President Richard Nixon, is the author of twenty-three books, which have sold nearly five million copies. In 1976 Colson founded Prison Fellowship, which has since become the world's largest outreach to prisoners, ex-prisoners, and their families. In 1991 he launched BreakPoint, a daily radio feature bringing Christian thinking to bear on current issues, which airs on more than one thousand stations nationwide. Colson lives in Leesburg, Virginia.