When the Music Stopped: Discovering the Mother (Hardcover) 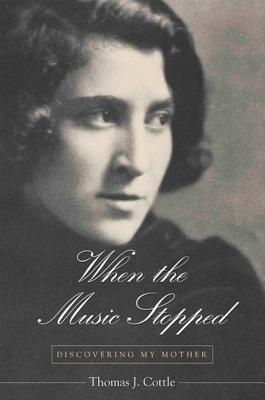 When the Music Stopped: Discovering the Mother (Hardcover)


Special Order—Subject to Availability
This is the story of one woman's decision to forfeit a brilliant career for the sake of motherhood. Once a child prodigy, Gitta Gradova traveled the world as an internationally acclaimed concert pianist, performing recitals as well as appearing with prominent orchestras of her era. Her son Thomas J. Cottle uses written records, interviews, and personal reminiscence to reconstruct her life, as well as their own mother-son relationship. He is at times a storyteller, at times a psychologist, at times a son seeking to uncover those aspects of his mother's life he could never know, or perhaps, chose not to know until it was too late.
A clinical psychologist and sociologist, Thomas J. Cottle is Professor of Education at Boston University. The author of thirty books, published in several languages, including At Peril: Stories of Injustice and A Sense of Self: The Work of Affirmation, his articles have appeared in the Atlantic Monthly, Harper's, and the New Republic, as well as the New York Times, the Boston Globe, Los Angeles Times, the Washington Post, the London Times, Chicago Tribune, the Philadelphia Inquirer, and the St. Louis Post-Dispatch.