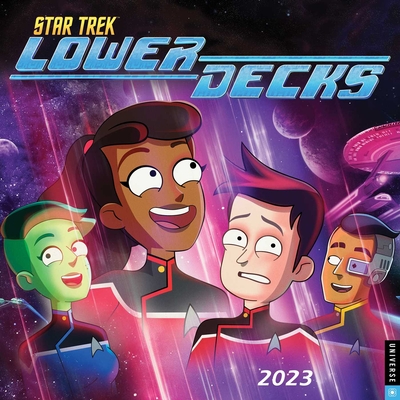 
Not On Our Shelves—Ships in 1-5 Days
(This book cannot be returned.)
The official Star Trek™: Lower Decks 2023 Wall Calendar is based on the hit series streaming on Paramount+. This collectible wall calendar celebrates the new series sensation, Star Trek Lower Decks.

Fun, irreverent, and comedic, Star Trek: Lower Decks is a half-hour animated comedy series focusing on the support crew serving on one of Starfleet’s lesser-known or important ships, the U. S. S. Cerritos. This official 2023 wall calendar features the endearing characters of the Cerritos and images from the first and second seasons.
CBS is an American commercial broadcast television and radio network that is the flagship property of the CBS Entertainment Group division of Viacom CBS.