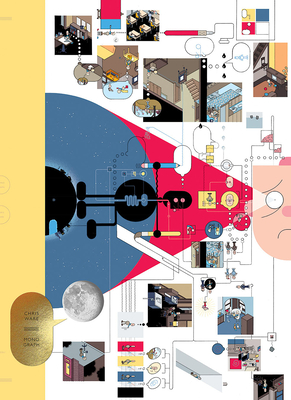 
Special Order—Subject to Availability
For the first time in his career, Chris Ware presents a comprehensive, behind-the-scenes autobiographical visual monograph, and opens a revealing window into the worlds he inhabits. Similar to Chip Kidd Book One and Shepard Fairey Covert to Overt, this book serves as a personal chronicle of a contemporary iconic illustrator, and is a must-have for those interested in illustration, graphic novels, and pop culture.

Ira Glass is an American public radio personality and the host and producer of the radio show This American Life.

Françoise Mouly is a Paris-born, New York-based designer, editor, and publisher best known as publisher of Raw and as art editor of The New Yorker.