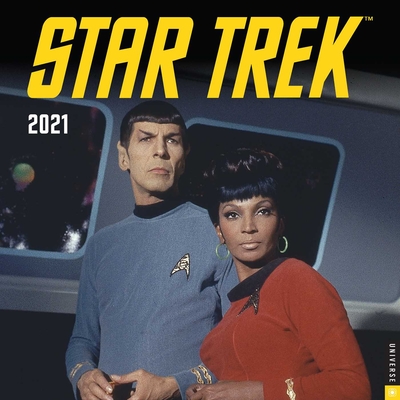 
Special Order—Subject to Availability
(This book cannot be returned.)
From the "#1 cult television series of all time" (TV Guide), Star Trek 2021 Wall Calendar: The Original Series features full-color photos of the entire original bridge crew of the U.S.S. Enterprise.

For more than 50 years, Star Trek: The Original Series has served as the basis for modern science fiction storytelling, and the base from which generations of fandoms are formed. The Star Trek™ 2021 Wall Calendar features 12 iconic moments and fan-favorite lines from classic episodes of The Original Series, a perfect gift for casual fans and die-hard Trekkers alike.
CBS is an American commercial broadcast television and radio network that is the flagship property of the CBS Entertainment Group division of Viacom CBS.