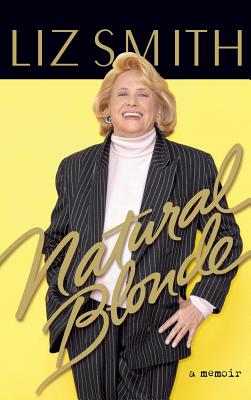 
Not On Our Shelves—Ships in 1-5 Days
America's top gossip columnist spills the beans as she traces five decades of battling press agents and editors and landing celebrity scoops." (Variety) From Tallulah Bankhead to Joan Crawford to the Kennedys and Madonna, the ultimate insider, Liz Smith, has hobnobbed, air-kissed, and lunched with just about everybody who's been anybody over the last half century and then rushed to tell the world all about it. Now, in this candid, down-to-earth autobiography, she tells all about herself, and does it with the kind of style and warmth that has made her one of the most widely read columnists in history. But she wasn't always famous, and in Natural Blonde she reveals how a young woman from rural Texas came to New York hell-bent on making something of her life. From her salad days as a small-time reporter, typist, and proofreader to her triumphs at the Daily News, Newsday, New York Post and her 1995 Emmy for reporting, Liz tells what it's really like to be seen and heard by millions of people every day. One of the most-quoted people of our time, she offers a rare, private peek into the real person behind the witty quips and media coverage. Certainly one of the most eagerly anticipated autobiographies in years, Natural Blonde will give Liz Smith readers the item they've been waiting for the ultimate inside scoop from the "Grande Dame of Dish."
Liz Smith is a Texan who grew up worshiping the likes of Tom Mix and his horse Tony as well as Astaire and Rogers at the movies. She wrote her first column after listening to Walter Winchell on the radio and went on to create a gossip pillar at the University of Texas, where she studied journalism.

A champion of literacy and the fight against AIDS, she has raised millions for these causes. She won the Matrix Award for journalism and an Emmy Award for TV reporting at WNBC. Liz has been in Vanity Fair's Hall of Fame, endured the Playboy Q&A and answered the Proust questionnaire. She was recently named a "Living Landmark" by the Landmarks Conservancy of New York.