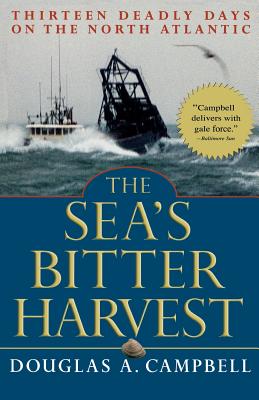 By Douglas A. Campbell


Not On Our Shelves—Ships in 1-5 Days
In the course of thirteen days in January 1999, four commercial clam boats sank in horrifying succession while working the waters of the Atlantic Ocean, taking the lives of ten men. Husbands, fathers, loners, and drug users, each man was lured to the nation's most dangerous trade by the lucrative wages offered to those who dared to reap the harvest of the ocean. In this compelling maritime tale of risk and danger, acclaimed journalist Douglas Campbell compassionately portrays the destinies of the men who lost their lives to the Atlantic and the lure of profits from clamming. From the tough and sometimes troubled young men on deck to their families on shore, and the courageous people who tried to rescue them, this narrative memorializes a way of life, and exposes the hazards of this dangerous trade.
Douglas A. Campbell worked as a reporter for the Philadelphia Inquirer for twenty-five years. He has written on topics ranging from the American economy to Atlantic eels, and has had a lifelong interest in the sea. He lives in Beverly, New Jersey.