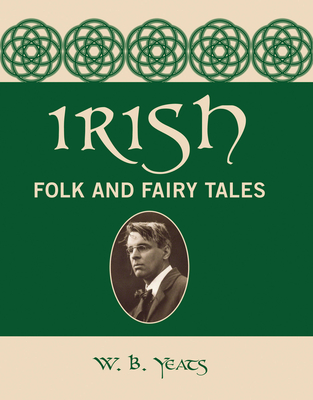 In Irish Folk and Fairy Tales William Butler Yeats delivers a vast collection of stories, songs, and poetry of his home country and beloved Ireland’s historical and legendary past. These writings helped secure for Yeats’ recognition as a leading proponent of Irish nationalism and Irish cultural independence, and to also help Yeats spearhead the Irish Literary Revival. Originally published in two separate books near the end of the nineteenth century, these tales preserve a rich and charming heritage in a superbly authentic Irish voice.

In this volume, extraordinary Irish characters are brought to life through the incandescent poetic voice of W.B. Yeats, who as the first Irish writer to be honored with the Nobel Peace Prize in Literature in 1923. Born and educated in Dublin, from an early age Yeats was fascinated by both Irish legends and the occult, which are brilliantly visited in Irish Folk and Fairy Tales.

These legendary stories include Trooping Fairies, a Banshee, Kings and Queens, Giants, Devils and the enigmatic Irish Leprechaun that will delight and entertain readers of all ages. Poets, readers, children and adults will all fall in love with these classic Irish Folk and Fairy Tales from one of the world’s greatest poets, W. B. Yeats.

William Butler Yeats is generally considered to be Ireland's greatest poet, living or dead, and one of the most important literary figures of the twentieth century. As a boy he studied poetry before becoming fascinated with the mysticism and the occult. He was awarded the Nobel Prize in Literature in 1923.