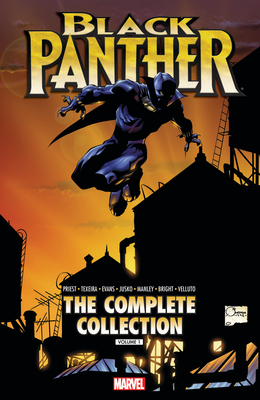 
Not On Our Shelves—Ships in 1-5 Days
Black Panther reinvented as a sharp and witty political satire? Believe it! T'Challa is the man with the plan, as Christopher Priest puts the emphasis on the Wakandan king's reputation as the ultimate statesman, as seen through the eyes of the U.S. government's Everett K. Ross. As the Panther investigates a murder in New York, Ross plays Devil's Advocate in an encounter with Mephisto, and a new regime seizes control in Wakanda.COLLECTING: Black Panther (1998) 1-17