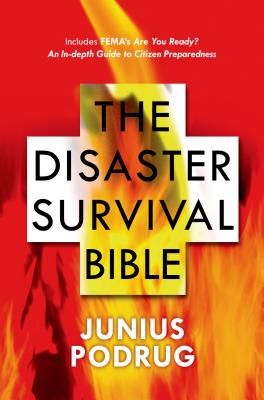 In the midst of the war on terror, frightening natural disasters, and danger seemingly lurking around every corner, it's impossible to prepare for every eventuality. But "New York Times "bestselling author Junius Podrug has gathered practically every bit of information the government has deemed necessary for survival in a variety of harrowing situations. Podrug offers practical guidelines to follow as well as how to prepare yourself for anything from being lost in the woods to a full-scale nuclear disaster. Included in this guide are survival tips from the Federal Emergency Management Agency, the Department of Homeland Security, the FBI, the Center for Disease Control, as well as the complete al Qaeda training guide as confiscated by the Department of Justice.

Learn how to deal with various natural disasters, biological and chemical agents, radiological hazards, and nuclear terrorism, and learn the US Army's tactics for survival in each and every climate and terrain. "The Disaster Survival Bible "covers it all and Podrug delivers it in a crisp, clear, and concise package, so you'll be ready for whatever the world has in store.

JUNIUS PODRUG has experienced two major earthquakes, a flash flood, a blizzard of historical significance, a shipboard emergency, and a man with a gun. He considers his paranoia to be heightened awareness and habitually checks where the life vests are stored when boarding a ship and where the fire escapes are located before unpacking in a hotel room. He is an accomplished writer of both fiction and nonfiction. He lives on Cape Cod.