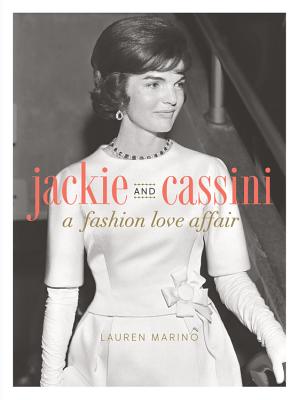 
Special Order—Subject to Availability
The bestselling author of What Would Jackie Do? turns her loving lens on Jacqueline Kennedy's "Secretary of Style" selection of Oleg Cassini, launching a powerful partnership that influenced global fashion for decades. As the glamorous Kennedys took the White House in 1961, Jackie appointed famed designer- and family friend-Oleg Cassini, as her personal "Secretary of Style." From classic pillbox hats to casually elegant daywear and empire dresses, Cassini created an enduring look for the stylish Mrs. Kennedy, and she became a fashion muse for the ages.

Meanwhile, women across the country enthusiastically copied her look-one that endures today and that transformed Jackie into one of the most beloved style icons of all time. Jackie and Cassini showcases the fashions and details the collaborations of an extraordinary teaming of designer and muse.
Lauren Marino is the former founding editor and editorial director of Gotham Books, where she published multiple bestsellers and award-winning books. She is the author of Jackie and Cassini and has collaborated with celebrities, doctors, and psychologists on their books. She lives in New York City.