The Reluctant Combatant: Japan and the Second Sino-Japanese War (Paperback) 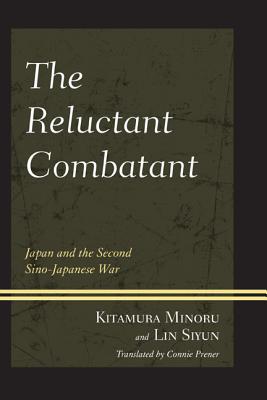 The Reluctant Combatant: Japan and the Second Sino-Japanese War (Paperback)


Not On Our Shelves—Ships in 1-5 Days
The Reluctant Combatant offers proof that Japanese political leaders were reluctant to engage China in a full-scale conflict during the Second Sino-Japanese War. This book identifies several key aspects of the political context surrounding the Second Sino-Japanese War, including the extreme fragility of the national united front against Japan, the view of Soviet Russia as Japan's principal potential adversary, and the potential threat to Japanese national defense a protracted war with China would pose. This book reveals that the Communists, the National Government, local gentry, peasants, and bandits occasionally collaborated with the enemy-Japanese troops-to expand their spheres of influence.
Kitamura Minoru graduated Kyoto University in 1973. He is now a professor at Ritsumeikan University in Kyoto where he teaches Modern Chinese History. Lin Si-Yun graduated Nanjing University in 1985. He has authored several books in Japanese on the cultural differences between Japan and China.