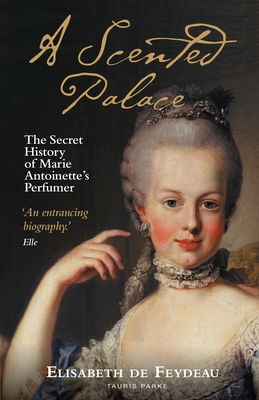 Montpellier, 1748: Jean-Louis Fargeon is born into a family of perfumers and soon becomes apprentice to his father's modest perfumery. But he dreams of the glittering court of Versailles and of becoming perfumer to the young queen, Marie Antoinette. His ambition carried him to Paris where his boutique became one of the most elegant and well-patronised in France. Concocting sumptuous perfumes and pomades for most of the French nobility, Fargeon eventually caught the attention of the queen. After meeting Marie Antoinette in the Trianon Palace, he began creating lavish bespoke scents that perfectly reflected her moods and personality.

He served as her personal and exclusive perfumer for fourteen years until 1789 when the darkness of Revolution swept across France, its wrath aimed at the extravagance of a now hated queen. Fargeon, a lifelong supporter of the Republican cause but a purveyor to the court, was in a dangerous position. Yet he remained fiercely loyal to Marie Antoinette, beyond her desperate flight to Varennes, her execution and even through his own imprisonment and trial...

Elisabeth de Feydeau obtained a PhD in the history of perfume at the University of Paris-Sorbonne. She is a professor at the Versailles School of Perfumers and cultural adviser to France's great perfume houses, including Christian Dior, Thierry Mugler, Chanel, Guerlain and Lancaster. She is the author of several books, including Diptyque, The Guerlain Novel and The Herbarium of Marie Antoinette, which has been translated into several languages. She was awarded the Prix Guerlain for this book in 2005 and was made a Chevalier des Arts et des Lettres in 2011.

“The book's heroes are Marie Antoinette, perfume and Fargeon in that order, but what emerges is a powerful evocation of a lost world.” —The Times

“Learning about Fargeon's relationship with the Queen and about the fragrances that he compounded is particularly relevant for me. It is also fascinating to read about the ingredients, many of which are used to this day.” —Vanity Fair

“De Feydeau's lively account gives the reader an additional twist on the life and times of Marie Antoinette and her influence on two of France's continuing major industries – fashion and scent.” —Washington Post