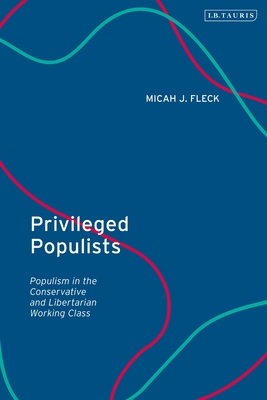 Counter-revolution has long been a tool of propagandists to redirect populist movements from achieving actual liberation for themselves. But what happens when counter-revolutionaries begin to believe their own claims of genuine revolution? What leads to such a phenomenon? And how big a role does mainstream political ideology and policy play in the mass ignorance and revisionism that has now allowed nationalism to influence national elections?

Privileged Populists sets out to answer these questions while aiming to understand the organic emergence of anti-political populism within the context of late-stage capitalism in the West. This book analyses how these elements inform and validate each other as means of appealing to the growing sense of cultural angst and economic unrest within the conservative working class-and unwittingly giving undue credence to some of the most extreme right-wing ideological claims in the process. What results is a journey through the history of revolutionary thought (and how that history has been distorted over time), as well as an anthropological investigation of populism itself as a naturally occurring logic within groups-and how it can be exploited in the absence of substantive mainstream solutions to present-day economic crises.
Micah J. Fleck is an anthropologist and neuro researcher whose writings cover various topics including the learning brain, the development of political populism, gender, and societal implications of scientific studies. He holds degrees from Columbia University and Harvard University, USA and is currently senior writer and editor at The Trans Muse Planet. He is also the author of Anthropology for Beginners.