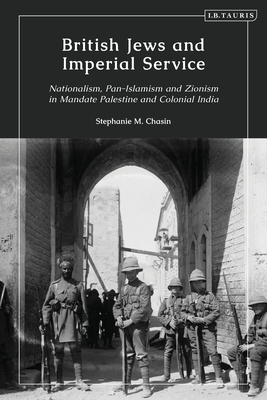 
Not Yet Published—Pre-Order Now
In the wake of the devastating WWI, three Jews headed the most valuable territory in the British Empire in addition to a strategically important new addition. Edwin Montagu held the position of Secretary of State for India, Rufus Isaacs (Lord Reading) was the newly appointed Viceroy of India, and Herbert Samuel arrived in Jerusalem as the first High Commissioner of Palestine. Their appointments came at a time of great upheaval as Indian nationalists clamoured for independence, pan-Islamists fought to keep the defeated Ottoman Empire intact and the sultan in Constantinople, and Zionists sought to build on the wartime promise by the British government to create a Jewish homeland in Palestine in face of opposition by Palestinians and pan-Islamists. The task of tackling these issues was made all the more difficult by accusations that Jews were not loyal to the British Empire and its goals, a view promoted by the appearance of the antisemitic Protocols of the Elders of Zion in English translation. This book follows this web of divisive imperial politics, and nationalist and pan-Islamist aspirations in India and Palestine, through the lives and work of these three men whose efforts were coloured by the post-war fear of a declining empire that was being corroded from within.
Stephanie M. Chasin was awarded a PhD in Jewish History and Modern European History from the University of California, Los Angeles (UCLA), USA in 2019. She has been Visiting Lecturer for Jewish History at UCLA and University of California, Irvine, USA.