Assignment Moscow: Reporting on Russia from Lenin to Putin (Hardcover) 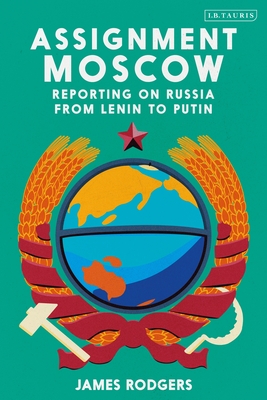 Assignment Moscow: Reporting on Russia from Lenin to Putin (Hardcover)

The story of western correspondents in Russia is the story of Russia's attitude to the west. Russia has at different times been alternately open to western ideas and contacts, cautious and distant or, for much of the twentieth century, all but closed off. From the revolutionary period of the First World War onwards, correspondents in Russia have striven to tell the story of a country known to few outsiders. Their stories have not always been well received by political elites, audiences, and even editors in their own countries-but their accounts have been a huge influence on how the West understands Russia. Not always perfect, at times downright misleading, they have, overall, been immensely valuable.
In Assignment Moscow, former foreign correspondent James Rodgers analyses the news coverage of Russia throughout history, from the coverage of the siege of the Winter Palace and a plot to kill Stalin, to the Chernobyl explosion and the Salisbury poison scandal.

James Rodgers was a Foreign Correspondent in Moscow, Brussels and Gaza, working for BBC and Reuters. Since 2012, James has taught Journalism at City, University of London, where he lectures in the History of Journalism, and the Reporting of Armed Conflict.