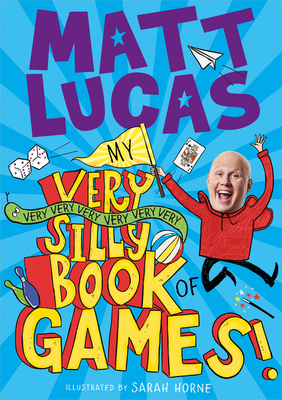 
On Our Shelves Now at:
Matt Lucas is an actor, writer and comedian, and co-host of The Great British Bake Off. He came to prominence in Shooting Stars with Vic Reeves and Bob Mortimer. Together with David Walliams, he created the smash-hit series Little Britain, winner of three BAFTAs. Matt has since starred in a string of UK and US shows, including Little Britain USA and Come Fly With Me, plus several blockbuster films including Alice in Wonderland and Bridesmaids. He featured as Nardole in series ten of Doctor Who and fulfilled a lifetime ambition to appear in Les Miserables. Sarah Horne is the bestselling illustrator of Charlie Changes into a Chicken and sequels as well as a host of other fiction and picture book titles.