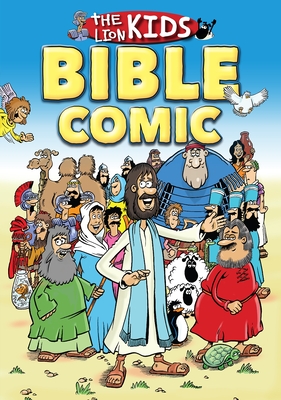 The Beano meets the Bible.

Over 60 stories in comic strip style, from artists who broughts us the Wallace and Gromit and Shaun the Sheep cartoon strips.

Fun for all ages!