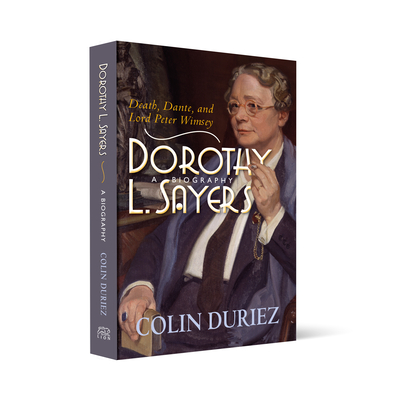 Dorothy L Sayers was a woman of contrasts.

A strong Christian, she had a baby by a man she did not love - out of wedlock. Possessing a fierce intellect, she translated Dante - and also created one of the most popular fictional detectives ever, in Lord Peter Wimsey.

With no new biographies on Sayers having been published for some time, Colin Duriez reassesses her, her life, her writings, her studies and her faith. Drawing on previously unpublished material, particularly her collected letters, he brings to life a fascinating woman.

Colin Duriez is an expert on C.S. Lewis, his writings and also his wider circle. He is also the author of the popular biography C.S. Lewis: A biography of friendship and J.R.R. Tolkien: The Making of a Legend (both published by Lion Hudson). He has also written widely on other aspects of Lewis, Tolkien and the other members of the Inklings, and has contributed to conferences, lectures, DVDs and documentaries on these subjects.