The Art of Avatar The Way of Water (Hardcover) 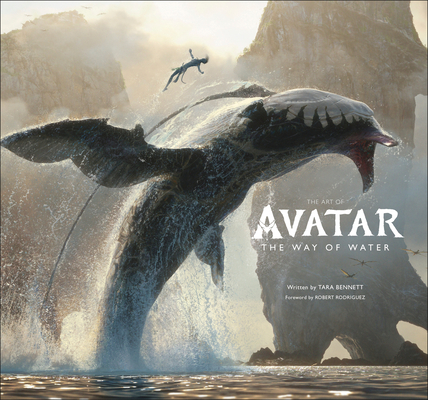 The Art of Avatar The Way of Water (Hardcover)


Not On Our Shelves—Ships in 1-5 Days
Take an exclusive, behind-the-scenes look at the creative process of James Cameron’s Avatar: The Way of Water.

Packed with hundreds of stunning images and written in collaboration with the filmmakers themselves, uncover the incredible creative and technical skill that went into the making of Avatar: The Way of Water.

Art of Avatar: The Way of Water is produced in collaboration with James Cameron’s production company, Lightstorm Entertainment, and Twentieth Century Film.

With a foreword by filmmaker Robert Rodriguez.

© 2022 20th Century Studios.
Tara Bennett is a New York Times bestselling author and entertainment journalist. As an author, or co-author, she's written more than 30 official movie and TV companion books including The Story of Marvel Studios: The Making of the Marvel Cinematic Universe, Sons of Anarchy: The Official Collector's Edition, Outlander: The Official TV Series Companions, The Official Making of Big Trouble in Little China, Fringe: September's Notebook (an Amazon Best Book of 2013) and many more. Tara is also the U.S. Editor for SFX Magazine, and a contributing writer for SYFY WIRE, IGN, Paste Magazine and others. She is a TCA member and an adjunct professor of Radio, Television & Film at Rowan University.