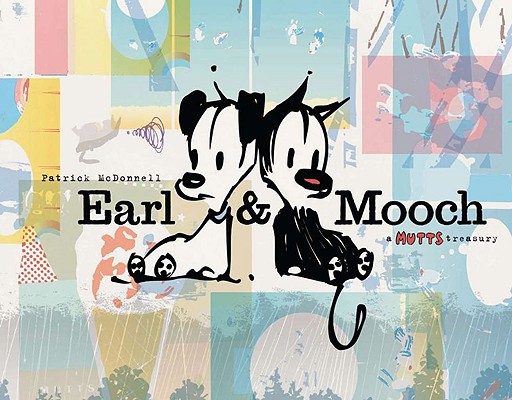 This is book number 19 in the Mutts series.

New York Times best-selling author and animal rights advocate Patrick McDonnell’s Mutts “is up there with Peanuts, Pogo, Krazy Kat, and Calvin and Hobbes—cartoons that are smart and funny, brilliantly drawn and full of heart” according to Matt Groening, creator of The Simpsons.

Always striking a delicate balance between lighthearted fun and responsible social commentary, Patrick McDonnell's award-winning Mutts has been recognized by critics and popular press alike for its distinctive style, heartwarming humor, and strong yet nonpreachy stance on important issues such as responsible pet ownership, animal advocacy and adoption, and the sanctity of all life.

Sketched in McDonnell's distinctive style, this emotive Mutts collection follows the day-to-day exploits of cat and dog duo Mooch and Earl. Whether they are contemplating the cosmos or curling in for a much-needed nap, these two lighthearted pals remind us of the simple pleasures that make life so grand.

Earl ∧ Mooch contains nearly a year's worth of colored Sunday strips, along with black-and-white daily strips that mingle with impromptu splash pages highlighting McDonnell's imaginative artwork.
Patrick McDonnell is a New York Times bestselling author and the recipient of multiple awards from the National Cartoonists Society for Outstanding Cartoonist of the Year and Newspaper Strip of the Year. A dedicated animal advocate and Genesis Award recipient, McDonnell regularly lends his talents to animal-protection groups and issues, including The Humane Society of the United States, where he serves on the national board of directors. McDonnell is also on the board of directors of the Charles M. Schulz Museum. He resides in New Jersey.