Conversations with Tocqueville: The Global Democratic Revolution in the Twenty-First Century (Hardcover) 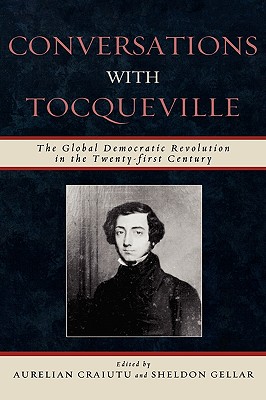 Conversations with Tocqueville: The Global Democratic Revolution in the Twenty-First Century (Hardcover)


Not On Our Shelves—Ships in 1-5 Days
The questions and issues raised by Tocqueville in his monumental studies of France and America are just as crucial for understanding the evolution of democracy in the West and the development of democracy in the non-western world. They clearly show the breadth of Tocqueville's contributions to the development of modern social sciences. Among the questions addressed by Tocqueville were: How does the weight of the past affect the evolution of political institutions and political behavior? What impact do differences in physical environment have on the organization of society? What are the relationships between social equality, freedom, and democracy? To what extent does centralization destroy the capacity for local initiative and self-governance? What conditions are needed to nurture the flourishing of self-governing communities? What safeguards are needed to preserve freedom and to prevent incipient democracies from becoming dictatorships? Why has democracy had such a problem taking hold in many parts of the non-western world? How should one study democracy in non-western settings? Tocquevillian analytics can help us provide answers. Addressed to a wider audience than Tocqueville scholars, the book argues that Tocquevillian analytics can be used to understand developments in non-western as well as western societies and be updated to address such issues as globalization, ethnicity, New World-Old World comparisons, and East-West dynamics. The first part of the book examines the basic components of Tocquevillian analytics, outlining its stepwise, interdisciplinary approach to understanding societies and nations. The second part applies the Tocquevillian conceptual framework to the contemporary world and contains individual chapters on various regions of the world-North America, Russia, Western Europe, Asia, Africa, and Latin America. Unlike previous collective works on Tocqueville, Conversations with Tocqueville does not offer a survey of the authors' views, but instead focuses on presenting a cohesive.
Aurelian Craiutu is associate professor of political science at Indiana University and author of Liberalism under Siege: The Political Thought of the French Doctrinaires, Le Centre introuvable, and In Praise of Moderation. Sheldon Gellar is a research associate at Indiana University's Workshop in Political Theory and Policy Analysis and author of Democracy in Senegal: Tocquevillian Analytics in Africa, Structural Changes and Colonial Dependency: Senegal 1885-1945, and Senegal: An African Nation Between Islam and the West.