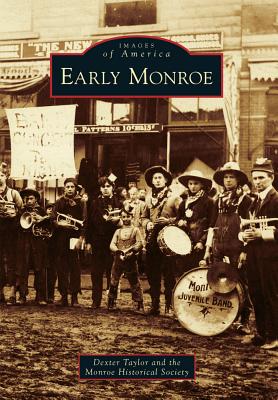 
Special Order—Subject to Availability
In the middle of the 19th century, those who ventured several miles up the tree-lined Snohomish River looked upon a wilderness that is now Monroe. They also found the friendly remnants of the native population living where three valleys with rich bottomland come together, set against the beautiful backdrop of the Cascade Mountains. Over the years, settlers arrived to farm the land and harvest the bountiful timber. Although a settlement called Park Place existed early on, there was no real town to serve the area until the coming of the railroad in 1893. Relocated to be nearer the railroad, the new settlement was named Monroe after the nation's fifth president and as a concession to the postal service requirement for one-word towns. The small community saw rapid growth in the next few decades. A steady influx of newcomers soon built a thriving town that is today best known for the annual Evergreen State Fair.