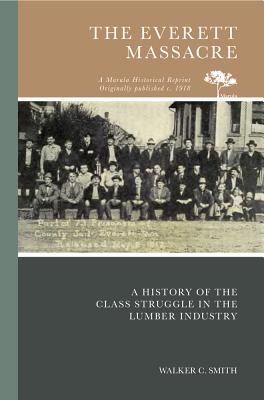 
Special Order—Subject to Availability
Sunday, November 5, 1916 marked the bloodiest battle in Pacific Northwest labor history. On that day, about 300 members of the Industrial Workers of the World (the I.W.W.) boarded the steamers Verona and Calista from Seattle and headed north toward Port Gardner Bay. The I.W.W. (or Wobblies) planned a public demonstration in Everett that afternoon, to be held on the corner of Hewitt and Wetmore, a spot commonly used by street speakers. Hoping to gain converts to their dream of One Big Union, the Wobblies began street speaking in Everett during a local shingle weavers' strike, encountering brutal suppression by local law officers. Free speech soon became the dominant issue. The number of demonstrators and the violence of the response from law enforcement grew as the weeks wore on. On November 5th, word reached Everett that a group of armed anarchists was coming to burn their town. 200 citizen deputies, under the authority of Snohomish County Sheriff Donald McRae, met to repel the invaders. The Verona arrived first, pulling in alongside the dock. McRae asked Who is your leader? When he was told We are all leaders , he informed passengers they could not land. A single shot was fired, followed by minutes of chaotic shooting. Whether the first shot came from boat or dock was never determined. Passengers aboard the Verona rushed to the opposite side of the ship, nearly capsizing the vessel. Bullets pierced the pilot house, and the Verona's captain struggled to back it out of port. The Calista returned to Seattle, without trying to land.