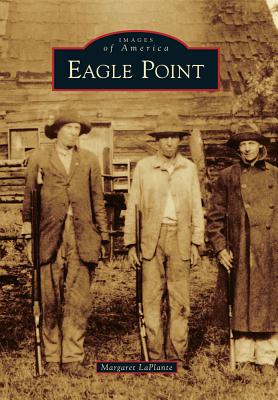 
Special Order—Subject to Availability
The first settlers watched in awe as magnificent eagles soared overhead and nested high up on a butte. They decided to name their new town Eagle Point. They took out Donation Land Claims and began farming and ranching some of the best land in southern Oregon. As time went by, Eagle Point became known for its fine fruits and vegetables. Eagle Point was honored to be called the King of Apples and the Onion Capital. When the king of England discovered that Eagle Point grew some of the best Bosc pears in the world, he
placed a large order. Today, a stroll through Eagle Point's downtown or across its covered bridge will take you back in time to experience what life was like for those who called Eagle Point home many years ago.