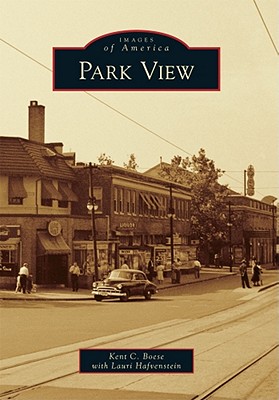 
On Our Shelves Now at:
The Park View neighborhood, nestled in the northeastern corner of Washington's Ward One and bordering the Soldiers' Home and Howard University, is historically linked to its main thoroughfare, Georgia Avenue. Located on high ground in close proximity to downtown, the land was home to farms and country retreats throughout the 19th century. Park View's location on a streetcar line leading to the Washington waterfront hastened development when the city experienced a housing boom at the start of the 20th century. Builders, including Harry Wardman and Edgar S. Kennedy, constructed entire streets of row houses to meet the demand. Between 1948 and 1950, the community experienced rapid demographic changes, resulting in a solidly African American community. Civil unrest in the late 1960s dramatically impacted Georgia Avenue, with many businesses deciding to leave the corridor rather than stay. The opening of Metro stations at Columbia Heights and Georgia Avenue in 1999 reinvigorated the community and laid a foundation for new investment and development in the area.