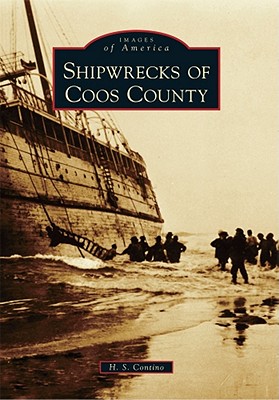 
Not On Our Shelves—Ships in 1-5 Days
European settlement of Coos County began with a shipwreck. The Captain Lincoln wrecked on the north spit of the Coos Bay in January 1852. The crewmen built a temporary camp out of the ship's sails and named it Camp Cast-Away. This was the first white settlement in the area. The men eventually traveled overland to Port Orford, where they told other settlers about the Coos Bay and its many natural resources. By December 1853, Coos County was established by the territorial legislature, and several towns were founded; the history of the area had been completely altered by a single shipwreck.