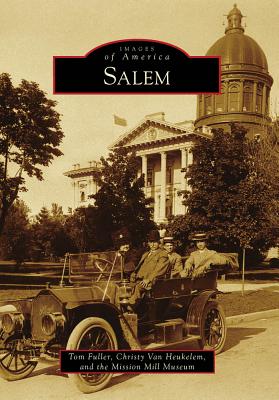 
Special Order—Subject to Availability
Long before the city of Salem got its name, the lush valley was a favorite winter camping location for the Kalapuya tribe. Jason Lee first ventured to Oregon in 1834, at the invitation of Northwest tribes, creating a mission and a settlement here. Native Americans called it Chemeketa. William H. Willson, who laid out the city plan in 1851, called it Salem. Both words mean peace. Salem's central location, in the middle of the Willamette Valley's agricultural belt, made it an ideal location for the new capital of Oregon. Since then, Salem's character has largely been influenced by the presence of woolen mills, crop production, and many state institutions. Surviving devastating floods and fires in all three state capitol buildings, Salem and its people have a history of resilience, leadership, and public service.