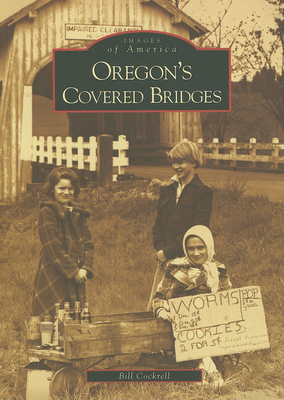 
Special Order—Subject to Availability
Rugged individuals armed with hand tools, sweat, and ambition began building covered bridges in Oregon during the mid-1850s. These bridge builders often camped out at remote sites, living off the land or contracting with local farmers for food. Early owners of covered bridges financed construction by charging tolls--3 for a sheep, 5 for a horse and rider, and 10 for a team of horses and wagon. In the early 20th century, the state provided standard bridge and truss designs to each county, and most of the resulting structures incorporated the Howe truss. With the abundance of Douglas fir and the shortage of steel during the world wars, the construction of wooden covered bridges continued well into the 1950s, mainly in the Willamette Valley. During the 1920s, Oregon boasted more than 350 covered bridges.