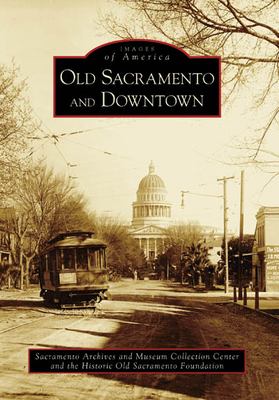 
Not On Our Shelves—Ships in 1-5 Days
The discovery of gold launched an unprecedented rush of humanity to California's Sierra foothills. Many of those miners and minerals flowed as naturally as the waterways into a settlement that grew where the American and Sacramento Rivers meet. The Sacramento River, the main traffic artery between the mines and San Francisco Bay, was soon flanked by a burgeoning Embarcadero and commercial district that became Sacramento City in 1849. Paddlewheel riverboats, like the New World, carried goods,
passengers, and great wealth. Besting all jealous rivals, Sacramento became the state capital, and a wealthy merchant's residence was transformed into the governor's mansion. Today downtown and Old Sacramento, a 28-acre
state historic district, are thriving, graced by such treasures as the restored State Capitol Building, the art deco Tower Bridge, and scores of historic structures and attractions like the Leland Stanford Mansion and the California State Railroad Museum.