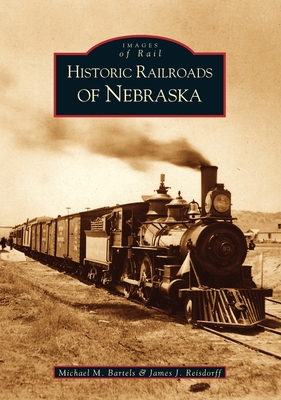 
Not On Our Shelves—Ships in 1-5 Days
The advance of Union Pacific Railroad tracklayers across Nebraska was part of America's great adventure of the 19th century. It marked the beginning of the era of the iron horse in Nebraska-a time when the whistle of an approaching train became synonymous with prosperity and contact with the outside world. Historic Railroads of Nebraska takes a photographic journey down the tracks of the five major railroads and various short lines that helped Nebraska progress into a national center of agriculture and business. The trip begins with the formative years of Nebraska towns that were established along railroad lines in the 19th century. It then travels through the 20th century and documents the major changes and challenges that the railroad industry faced. Through over 200 photographs, this book chronicles the era of streamlined passenger trains, rustic steam locomotives, and a bustling Omaha Union Station. The journey makes stops at railroad landmarks, significant cities, the state's only railroad tunnel, and the legendary North Platte Canteen.