The Metamorphosis of Autism: A History of Child Development in Britain (Hardcover) 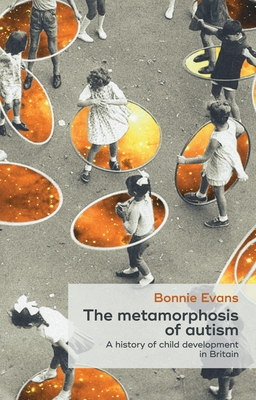 The Metamorphosis of Autism: A History of Child Development in Britain (Hardcover)

What is autism and where has it come from? Increased diagnostic rates, the rise of the 'neurodiversity' movement, and growing autism journalism, have recently fuelled autism's fame and controversy. The metamorphosis of autism is the first book to explain our fascination with autism by linking it to a longer history of childhood development. Drawing from a staggering array of primary sources, Bonnie Evans traces autism back to its origins in the early twentieth century and explains why the idea of autism has always been controversial and why it experienced a 'metamorphosis' in the 1960s and 1970s.

Evans argues that changes in the way that we observe, understand and think about child development have fuelled reported increases in autism and led to current debates about neurodiversity. She explains how 'the first autism' of the early twentieth century spawned a new industry of child psychology focused on ego development and human relations. It was only after the closure of 'mental deficiency' institutions in the late 1950s that autism took on new meanings as an epidemiological entity. This enabled the 'metamorphosis' of autism and turned it into the phenomenon that we all know today. Evans takes the reader on a journey of discovery from the ill-managed wards of 'mental deficiency' hospitals, to high powered debates in the houses of parliament, and beyond. The study explains how children's rights and psychological models of autism have always been inextricably linked, and why this should make us reconsider how we think about autism.

This book will appeal to a wide market of scholars and others interested in autism, neurodiversity and how this relates to wider theories of children's psychological development