Policing Sex in the Sunflower State: The Story of the Kansas State Industrial Farm for Women (Paperback) 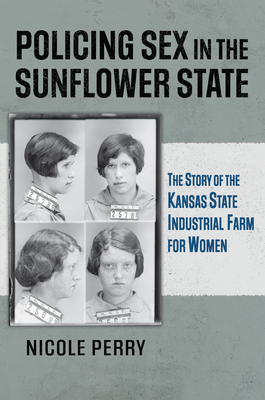 Policing Sex in the Sunflower State: The Story of the Kansas State Industrial Farm for Women (Paperback)


Not On Our Shelves—Ships in 1-5 Days
Policing Sex in the Sunflower State: The Story of the Kansas State Industrial Farm for Women is the history of how, over a span of two decades, the state of Kansas detained over 5,000 women for no other crime than having a venereal disease. In 1917, the Kansas legislature passed Chapter 205, a law that gave the state Board of Health broad powers to quarantine people for disease. State authorities quickly began enforcing Chapter 205 to control the spread of venereal disease among soldiers preparing to fight in World War I. Though Chapter 205 was officially gender-neutral, it was primarily enforced against women; this gendered enforcement became even more dramatic as Chapter 205 transitioned from a wartime emergency measure to a peacetime public health strategy. Women were quarantined alongside regular female prisoners at the Kansas State Industrial Farm for Women (the Farm). Women detained under Chapter 205 constituted 71 percent of the total inmate population between 1918 and 1942. Their confinement at the Farm was indefinite, with doctors and superintendents deciding when they were physically and morally cured enough to reenter society; in practice, women detained under Chapter 205 spent an average of four months at the Farm. While at the Farm, inmates received treatment for their diseases and were subjected to a plan of moral reform that focused on the value of hard work and the inculcation of middle-class norms for proper feminine behavior. Nicole Perry's research reveals fresh insights into histories of women, sexuality, and programs of public health and social control. Underlying each of these are the prevailing ideas and practices of respectability, in some cases culturally encoded, in others legislated, enforced, and institutionalized. Perry recovers the voices of the different groups of women involved with the Farm: the activist women who lobbied to create the Farm, the professional women who worked there, and the incarcerated women whose bodies came under the control of the state. Policing Sex in the Sunflower State offers an incisive and timely critique of a failed public health policy that was based on perceptions of gender, race, class, and respectability rather than a reasoned response to the social problem at hand.