If I Live Until Morning: A True Story of Adventure, Tragedy and Transformation (Paperback) 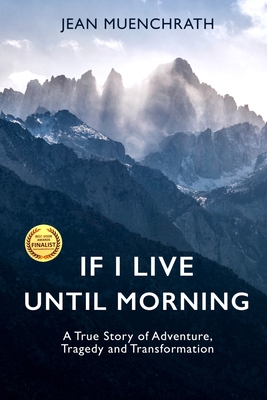 If I Live Until Morning: A True Story of Adventure, Tragedy and Transformation (Paperback)


Not On Our Shelves—Ships in 1-5 Days
(This book cannot be returned.)
--Best Book Awards Finalist (Travel & Essays Category).
"A story of courage, the author's drive to survive, to heal, to manifest a new reality. If you are looking for an inspiring memoir, this is it "--Reader's Favorite Book Reviews.
Her wilderness adventure turned into a nightmare. After skiing more than 200 miles along California's John Muir Trail, Jean faces death from a mountaineering accident on Mount Whitney. Broken and bleeding on the highest peak in the continental United States, she vows to realize her greatest dreams if she lives until morning. Her escape from the Sierra Nevada Mountains turns into an amazing five-day survival story. Jean's recovery is equally daunting. In this outdoor adventure memoir, her three-decade journey takes her from the depths of despair and chronic pain, to the heights of the Himalayas and on travels around the world. When the specter of Mount Whitney continues to shatter her life, Jean befriends Tibetan Buddhist lamas. Their ancient wisdom guides her on a path beyond her wildest dreams. "An incredible, beautiful story."--Backpacker Radio
Jean Muenchrath's love for mountains began as a child in Colorado and has taken her on adventures throughout North and South America and Asia. She has been a park ranger with the National Park Service for over 30 years, led tours in Nepal and Thailand and worked in Bhutan with the World Wildlife Fund. Jean's inward journeys include spending two months a year in solitary retreat.