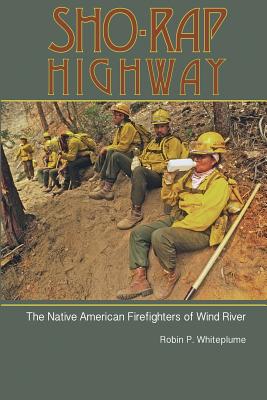 
Not On Our Shelves—Ships in 1-5 Days
(This book cannot be returned.)
Native American tribes have for eons used fire to their advantage, and also fought wildfires, but it wasn't till the 20th century that there were efforts by the U.S. government to organize Indian firefighting crews. In Sho-Rap Highway, author Robin Whiteplume details the earliest years of the fire crews of the Wind River Reservation in Wyoming -- and the Eastern Shoshone and Northern Arapaho men and women who fought fire all over the West.
Robin Whiteplume is an enrolled member of the Northern Arapaho Tribe of Wind River in Wyoming. He began firefighting in 1985 and worked with the Sho-Rap crews for the Wind River Agency - Type 2 Native American crews that included members of both the Eastern Shoshone and Northern Arapaho tribes of west-central Wyoming. Whiteplume, 52, no longer goes out on assignments with the Sho-Raps, but still works seasonally as an engine boss for a private contract fire company in Wyoming. He now focuses most of his time on developing wildland firefighter related arts and crafts. His fire career spanned three decades and included time as a fire prevention technician at Wind River.