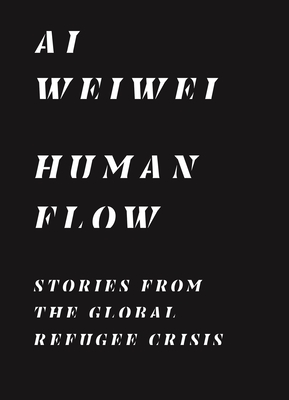 A powerful portrait of the greatest humanitarian emergency of our time, from the director of Human Flow

In the course of making Human Flow, his epic feature documentary about the global refugee crisis, the artist Ai Weiwei and his collaborators interviewed more than 600 refugees, aid workers, politicians, activists, doctors, and local authorities in twenty-three countries around the world. A handful of those interviews were included in the film. This book presents one hundred of these conversations in their entirety, providing compelling first-person stories of the lives of those affected by the crisis and those on the front lines of working to address its immense challenges. Speaking in their own words, refugees give voice to their experiences of migrating across borders, living in refugee camps, and struggling to rebuild their lives in unfamiliar and uncertain surroundings. They talk about the dire circumstances that drove them to migrate, whether war, famine, or persecution; and their hopes and fears for the future. A wide range of related voices provides context for the historical evolution of this crisis, the challenges for regions and states, and the options for moving forward. Complete with photographs taken by Ai Weiwei while filming Human Flow, this book provides a powerful, personal, and moving account of the most urgent humanitarian crisis of our time.
Ai Weiwei is one of the world's most prominent artists and political activists. His books include Weiwei-isms and Humanity (both Princeton). His works have been exhibited at Tate Modern, the Guggenheim, and the Museum of Modern Art. He lives in Berlin. Twitter @aiww