How Armies Respond to Revolutions and Why (Paperback) 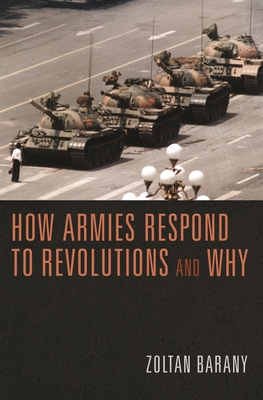 How Armies Respond to Revolutions and Why (Paperback)

We know that a revolution's success largely depends on the army's response to it. But can we predict the military's reaction to an uprising? How Armies Respond to Revolutions and Why argues that it is possible to make a highly educated guess-and in some cases even a confident prediction-about the generals' response to a domestic revolt if we know enough about the army, the state it is supposed to serve, the society in which it exists, and the external environment that affects its actions. Through concise case studies of modern uprisings in Iran, China, Eastern Europe, Burma, and the Arab world, Zoltan Barany looks at the reasons for and the logic behind the variety of choices soldiers ultimately make. Barany offers tools-in the form of questions to be asked and answered-that enable analysts to provide the most informed assessment possible regarding an army's likely response to a revolution and, ultimately, the probable fate of the revolution itself. He examines such factors as the military's internal cohesion, the regime's treatment of its armed forces, and the size, composition, and nature of the demonstrations. How Armies Respond to Revolutions and Why explains how generals decide to support or suppress domestic uprisings.