The Man Who Understood Democracy: The Life of Alexis de Tocqueville (Hardcover) 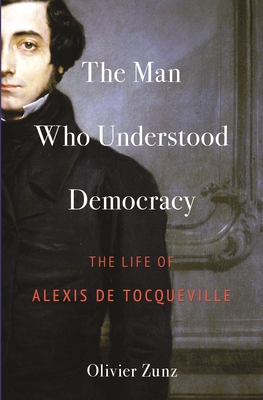 The Man Who Understood Democracy: The Life of Alexis de Tocqueville (Hardcover)

In 1831, at the age of twenty-five, Alexis de Tocqueville made his fateful journey to America, where he observed the thrilling reality of a functioning democracy. From that moment onward, the French aristocrat would dedicate his life as a writer and politician to ending despotism in his country and bringing it into a new age. In this authoritative and groundbreaking biography, leading Tocqueville expert Olivier Zunz tells the story of a radical thinker who, uniquely charged by the events of his time, both in America and France, used the world as a laboratory for his political ideas. Placing Tocqueville's dedication to achieving a new kind of democracy at the center of his life and work, Zunz traces Tocqueville's evolution into a passionate student and practitioner of liberal politics across a trove of correspondence with intellectuals, politicians, constituents, family members, and friends. While taking seriously Tocqueville's attempts to apply the lessons of Democracy in America to French politics, Zunz shows that the United States, and not only France, remained central to Tocqueville's thought and actions throughout his life. In his final years, with France gripped by an authoritarian regime and America divided by slavery, Tocqueville feared that the democratic experiment might be failing. Yet his passion for democracy never weakened. Giving equal attention to the French and American sources of Tocqueville's unique blend of political philosophy and political action, The Man Who Understood Democracy offers the richest, most nuanced portrait yet of a man who, born between the worlds of aristocracy and democracy, fought tirelessly for the only system that he believed could provide both liberty and equality.
Olivier Zunz is the James Madison Professor Emeritus of History at the University of Virginia. He is the author, most recently, of Philanthropy in America: A History (Princeton). He is the editor of the Library of America edition of Democracy in America, Tocqueville's Recollections, Alexis de Tocqueville and Gustave de Beaumont in America, and The Tocqueville Reader. He lives in Charlottesville, Virginia.