The Church of Scientology: A History of a New Religion (Paperback) 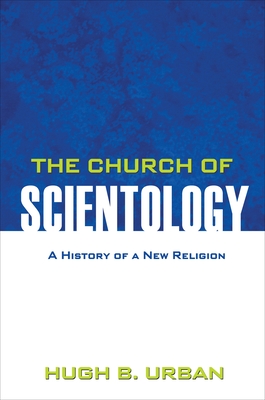 The Church of Scientology: A History of a New Religion (Paperback)

By Hugh B. Urban

Scientology's long and complex journey to recognition as a religion

Scientology is one of the wealthiest and most powerful new religions to emerge in the past century. To its detractors, L. Ron Hubbard's space-age mysticism is a moneymaking scam and sinister brainwashing cult. But to its adherents, it is humanity's brightest hope. Few religious movements have been subject to public scrutiny like Scientology, yet much of what is written about the church is sensationalist and inaccurate. Here for the first time is the story of Scientology's protracted and turbulent journey to recognition as a religion in the postwar American landscape. Hugh Urban tells the real story of Scientology from its cold war-era beginnings in the 1950s to its prominence today as the religion of Hollywood's celebrity elite. Urban paints a vivid portrait of Hubbard, the enigmatic founder who once commanded his own private fleet and an intelligence apparatus rivaling that of the U.S. government. One FBI agent described him as "a mental case," but to his followers he is the man who "solved the riddle of the human mind." Urban details Scientology's decades-long war with the IRS, which ended with the church winning tax-exempt status as a religion; the rancorous cult wars of the 1970s and 1980s; as well as the latest challenges confronting Scientology, from attacks by the Internet group Anonymous to the church's efforts to suppress the online dissemination of its esoteric teachings. The Church of Scientology demonstrates how Scientology has reflected the broader anxieties and obsessions of postwar America, and raises profound questions about how religion is defined and who gets to define it.
Hugh B. Urban is professor of religious studies at Ohio State University. His books include Magia Sexualis: Sex, Magic, and Liberation in Modern Western Esotericism and Tantra: Sex, Secrecy, Politics, and Power in the Study of Religion.