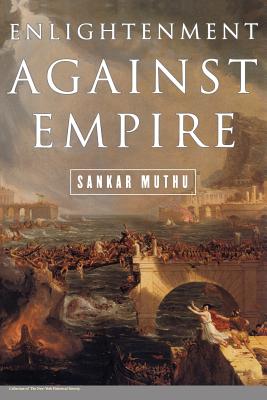 In the late eighteenth century, an array of European political thinkers attacked the very foundations of imperialism, arguing passionately that empire-building was not only unworkable, costly, and dangerous, but manifestly unjust. Enlightenment against Empire is the first book devoted to the anti-imperialist political philosophies of an age often regarded as affirming imperial ambitions. Sankar Muthu argues that thinkers such as Denis Diderot, Immanuel Kant, and Johann Gottfried Herder developed an understanding of humans as inherently cultural agents and therefore necessarily diverse. These thinkers rejected the conception of a culture-free "natural man." They held that moral judgments of superiority or inferiority could be made neither about entire peoples nor about many distinctive cultural institutions and practices.

Muthu shows how such arguments enabled the era's anti-imperialists to defend the freedom of non-European peoples to order their own societies. In contrast to those who praise "the Enlightenment" as the triumph of a universal morality and critics who view it as an imperializing ideology that denigrated cultural pluralism, Muthu argues instead that eighteenth-century political thought included multiple Enlightenments. He reveals a distinctive and underappreciated strand of Enlightenment thinking that interweaves commitments to universal moral principles and incommensurable ways of life, and that links the concept of a shared human nature with the idea that humans are fundamentally diverse. Such an intellectual temperament, Muthu contends, can broaden our own perspectives about international justice and the relationship between human unity and diversity.
Sankar Muthu is Assistant Professor of Politics at Princeton University.