Democracy and the Public Space in Latin America (Paperback) 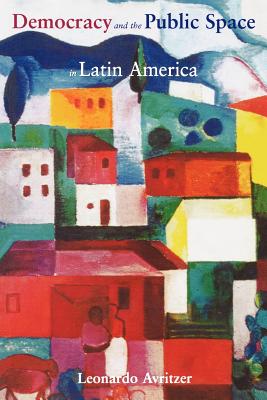 Democracy and the Public Space in Latin America (Paperback)

This is a bold new study of the recent emergence of democracy in Latin America. Leonardo Avritzer shows that traditional theories of democratization fall short in explaining this phenomenon. Scholars have long held that the postwar stability of Western Europe reveals that restricted democracy, or "democratic elitism," is the only realistic way to guard against forces such as the mass mobilizations that toppled European democracies after World War I. Avritzer challenges this view. Drawing on the ideas of J rgen Habermas, he argues that democracy can be far more inclusive and can rely on a sphere of autonomous association and argument by citizens. He makes this argument by showing that democratic collective action has opened up a new "public space" for popular participation in Latin American politics.

Unlike many theorists, Avritzer builds his case empirically. He looks at human rights movements in Argentina and Brazil, neighborhood associations in Brazil and Mexico, and election-monitoring initiatives in Mexico. Contending that such participation has not gone far enough, he proposes a way to involve citizens even more directly in policy decisions. For example, he points to experiments in "participatory budgeting" in two Brazilian cities. Ultimately, the concept of such a space beyond the reach of state administration fosters a broader view of democratic possibility, of the cultural transformation that spurred it, and of the tensions that persist, in a region where democracy is both new and different from the Old World models.