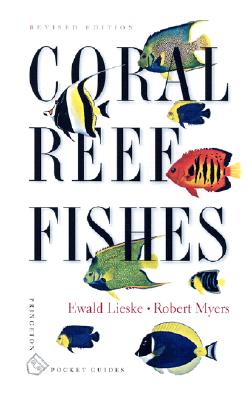 Expanded and updated to include an additional 44 species, this is a handy guide to those fishes that are likely to be observed by anybody visiting or diving on the coral reefs of the Caribbean, the Indian Ocean, and the Pacific to a depth of sixty meters. Accessible to amateur marine life enthusiasts, this book is the first comprehensive guide of its kind. It enables the reader to quickly identify 2,118 species of fish and includes over 2,500 color illustrations depicting the major forms of each species--male, female, immature, or geographical varieties. The text proceeds according to region, depicting each species and its varieties, and offering information on its geographic range and where on the coral reef itself the fish may be found. Important identification characteristics are highlighted on every color plate.

Ewald Lieske is a regular contributor to Europe's largest diving magazine, Tauchen, in Germany, and to several Scandinavian magazines. Robert Myers is a biologist and consultant specializing in Indo-Pacific ichthyology and underwater photography. He is president of Coral Graphics, a Guam-based publisher and distributor of books on natural history.