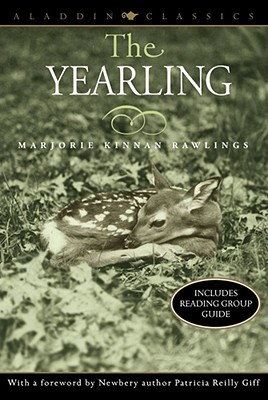 
In Stock—Click for Locations
An American classic—and Pulitzer Prize–winning story—that shows the ultimate bond between child and pet.

No novel better epitomizes the love between a child and a pet than The Yearling. Young Jody adopts an orphaned fawn he calls Flag and makes it a part of his family and his best friend. But life in the Florida backwoods is harsh, and so, as his family fights off wolves, bears, and even alligators, and faces failure in their tenuous subsistence farming, Jody must finally part with his dear animal friend. There has been a film and even a musical based on this moving story, a fine work of great American literature.
Marjorie Kinnan Rawlings (1896–1953) lived for twenty-five years in Cross Creek, Florida, the area that is the setting for The Yearling, which was awarded the Pulitzer Prize in 1939. She is the author of several earlier novels as well as a memoir, Cross Creek, which inspired the acclaimed motion picture of the same name.