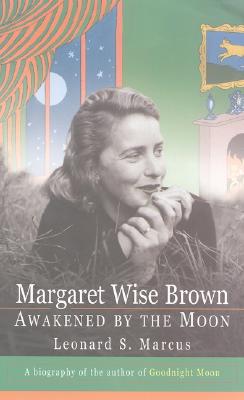 "Leonard S. Marcus... has masterfully written about a fascinating woman who in her short life changed literature for the very young. I was throroughly enchanted."--Eric Carle

Nearly fifty years after her sudden death at the age of forty-two, Margaret Wise Brown remains a legend and an enigma. Author of Goodnight Moon, The Runaway Bunny, and dozens of other children's classics, Brown all but invented the picture book as we know it today. Combining poetic instinct with a profound empathy for small children, she understood a child's need for security, love, and a sense of being at home in the world. Yet, these were comforts that had eluded her. Her sparkling presence and her unparalleled success as a legendary children's book author masked an insecurity that left her restless and vulnerable.

In this authoritative and moving biography, Leonard S. Marcus, who had access to never-before-published letters and family papers, portrays Brown's complex character and her tragic, seesaw life. Colorful, thoughtful, and insightful, Margaret Wise Brown is both a portrayal of a woman whose stories still speak to millions and a portrait of New York in the 1930s and 1940s, when the literary world blossomed and made history.

Leonard S. Marcus is a historian, biographer, and critic whose many books include Margaret Wise Brown: Awakened by the Moon; Dear Genius: The Letters of Ursula Nordstrom; and Storied City. In addition, he has been Parenting magazine's children's book reviewer since 1987. This is his first picture book. He lives in Brooklyn, New York, with his wife, Amy Schwartz, and their son, Jacob.